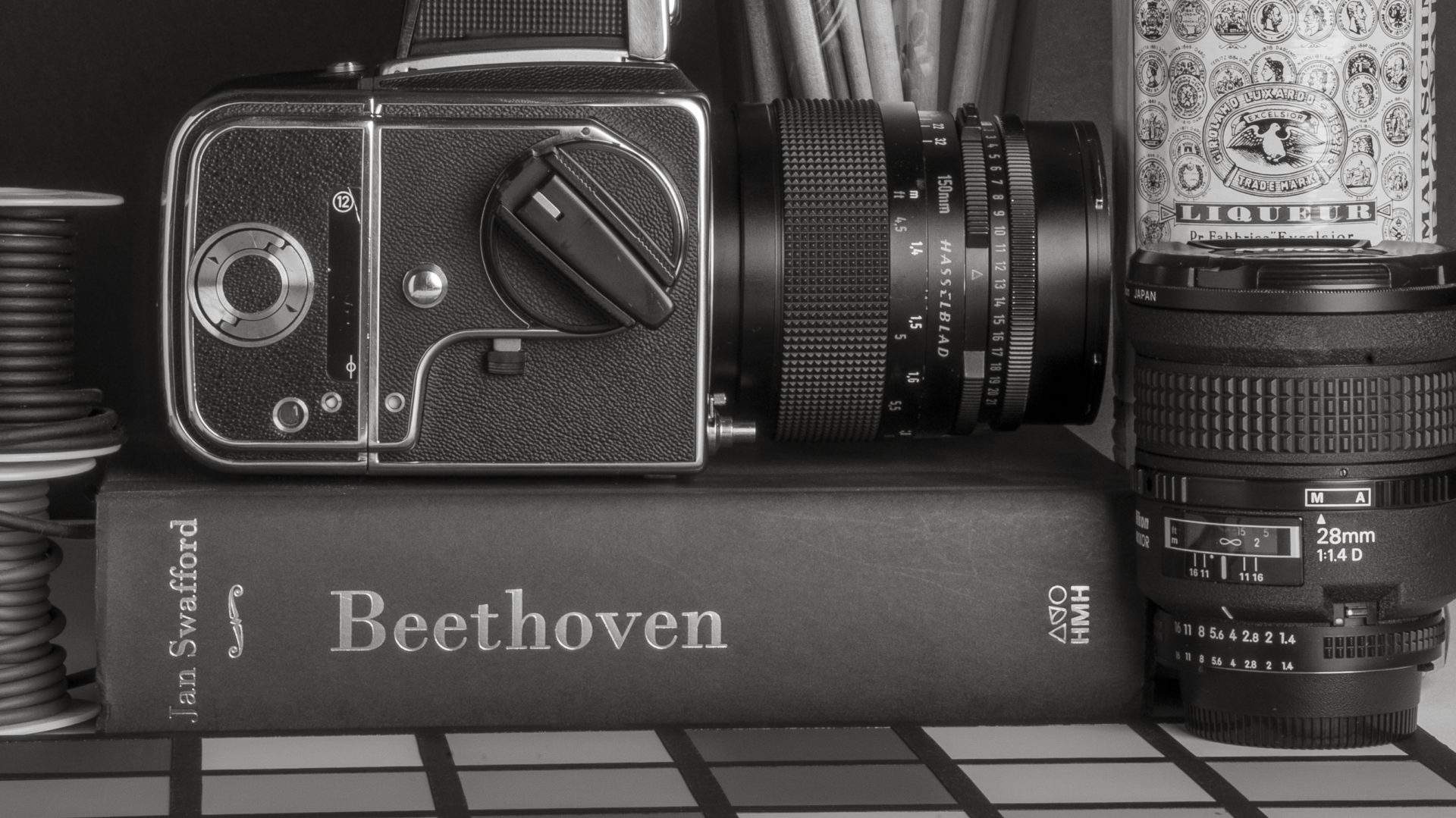 First image taken with my very first converted camera. Click to see at 1:1. I was very pleased with the results, to say the least. Once I saw what this small sensor could do, I knew that I had to convert a full frame sensor. However, this little sensor at 16.1MP never ceases to amaze me.

The following two images were shot using the NEX-5N(m) with a Sony E-Mount 50mm 1:1.8 lens @ ƒ8.0, 100 ISO. An Alien Bee studio flash set to low power in a beauty dish was used to illuminate the scene.

I have mentioned on other pages of this website how an IR cut filter can increase sharpness when using a full-spectrum converted IR camera. When a large amount of IR light is present, as when shooting outdoors in sunlight, and sharpness is a concern, you should use an IR cut filter. However, these images show that studio flash has little effect, if any. The first image is shot with the IR cut filter, and the second is without the IR cut filter. Notice the bamboo spoons get lighter in the second image, and the shadow under the plate opens up, along with the front of the camera lens. The effect is very slight due to there being little IR light in the flash’s output. I recall there being 1/2 stop difference. Click on an image to magnify, and scroll around to see the detail that this little 16.1 MP sensor can capture.

I lent this camera to a friend of mine that traveled to Europe and asked him to take some pictures with it to use here on this site. The camera had the Sony 20mm 1:2.8 E-Mount lens—not a great lens, but quite good when paired with this converted camera. It made a nice compact setup for traveling. My friend is not a photographer, and he accidentally changed the ISO on the camera from 100 to 400 early in the trip, so all of the images are shot at 400 ISO. Not ideal, but the images still look great. There is a great shot of Stonehenge HERE that is quite nice.