I decided some years ago to attempt a digital conversion of a color camera to a monochrome one. I first saw images somewhere on the net and thought of how much those images looked like film, and the detail and resolution were incredible. I decided that I had to have one. Most conversions were of Canon and Nikon cameras, but I love the mirror-less format in that it allows me to use any manufacture’s lens. And I wasn’t about to pay $9.000 for the Leica version, even though I did consider it for a few seconds. So it was off to the work bench.

I purchased a SONY NEX-3 camera body on eBay for around $100. I figured this was reasonable enough to spend on R&D. I also had a NEX-6, but I had bought that new and did not want to experiment on that camera.

After three attempts I had some success, but it was not really usable—there were some dead pixels and a few dead rows of pixels along the top. Not quite a success, but not a total failure either (see image below). The method was a mechanical one, and a bit too harsh for the sensor surface, even though it is very hard—silicon. I did not try any chemicals or acids up to this point, but was considering it. I went through 2 NEX-3 sensors before I had this mild success on the third. I stopped working on this project, thinking that the effort was too great for the gain. I had run out of ideas, and had other things to work on, so I put the project on the shelf, and decided that film was the way to go.

I purchased a medium format camera, a Hasselblad, so that I could get that high resolution film quality I was looking for. I figured that I could scan the negatives, because working with the images on a computer is easier and quicker. 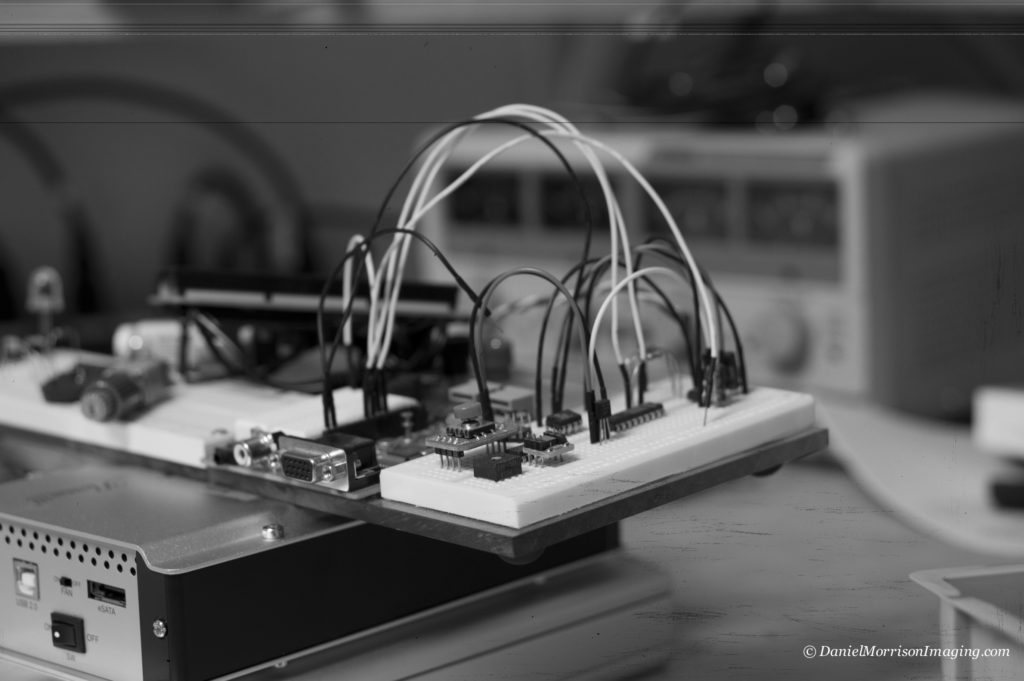 I was using the Hasselblad when one of those lightbulb-above-the-head moments suddenly hit me. I thought that I had came upon the solution to the removal of the CFA, and immediately tried it on a NEX-5N sensor I had laying about with great success. It was perfect; no harsh chemicals, acids or special machinery of any kind were used. I’ve converted multiple sensors thus far, and the success rate on these conversions so far is 100% using this method. I can now convert one of these APS-C sensors in a reasonable amount of time. That first converted NEX-5N camera now belongs to a friend of mine, and he loves it. I’ve even tried to buy it back from him because it was my first conversion, but he says he will not part with it.

Because of the aperture used, this image has a shallow depth of field. It took about two hours to remove the CFA on this, my first, APS-C sized sensor. I can now do them much faster, having done many.

I used a Nikon 50mm ƒ 1.2 @ 5.6, 1/10 sec, 100 ISO with the Sony-Nikon adaptor I made with ambient room light, which was a daylight balanced fluorescent tube. It was taken simply as a quick test, but I was very happy with the results. At this point I knew that I had the solution; this was a complete and clean conversion. I then had dreams of doing a full size sensor, and now have done many full frame sensors.